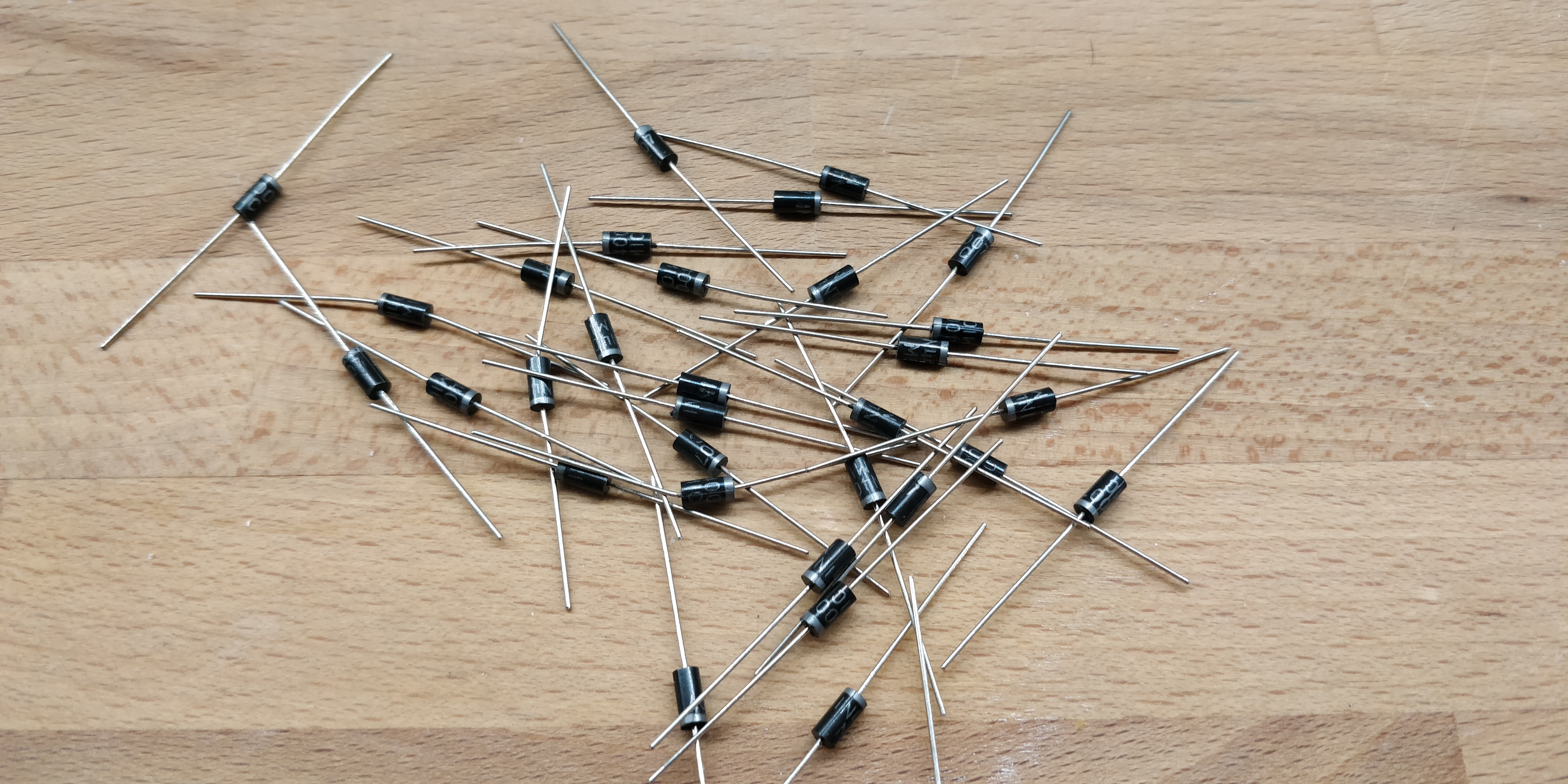 Electricity can only run in one direction through a diode. When a voltage is connected in the non-conductive direction, the current will be blocked by the diode. 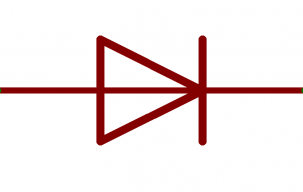 The symbol of a diode 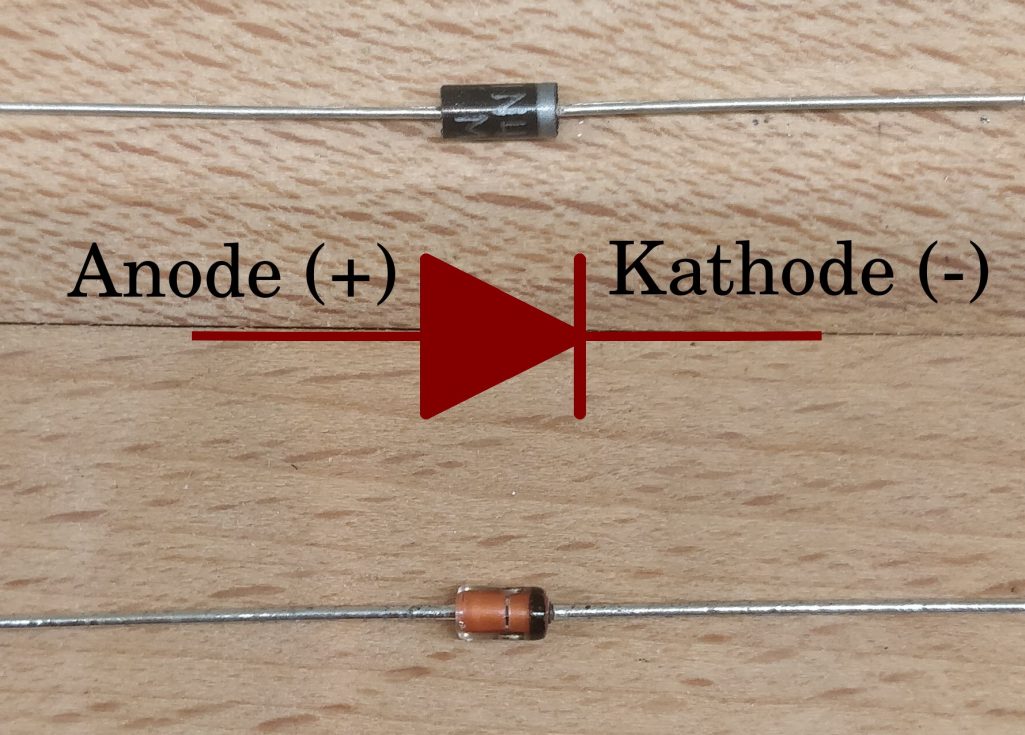 A diode will only be able to conduct current when the anode is connected on the positive side and the cathode on the negative side of the voltage source.

When should you use a diode?

In our workshop, diodes are by far the most frequently used in the form of LEDs. These are diodes that emit light when a current flows through them.

There are also other applications for diodes. When setting up in the configuration of a rectifier, they can be used to convert alternating current to direct current, for example. However, for most beginning circuit designers, the diode will rarely be important.

So a diode only allows the current to flow in one direction. However, even in the direction of flow, the diode will only run at a certain voltage. With a silicone diode, the most common variant, the voltage must be at least 0.6 volts. This voltage is also referred to as the permeability voltage. The forward voltage also indicates how many volts the diode will use. So if we would make a circuit with a light, a (silicone) diode, and a 3-volt battery, then the light will get a voltage of 2.4 volts. 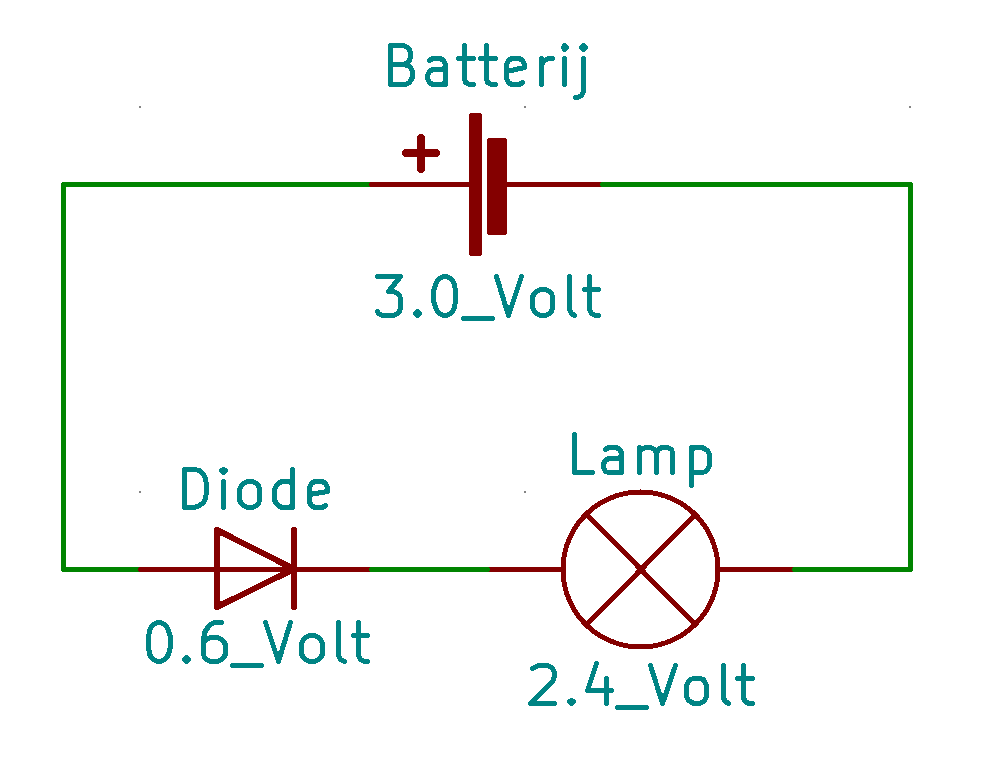 However, this phenomenon can also be put to good use. An example of this is the flyback diode. This is a diode that is connected to a motor, it is connected in the direction that it will not conduct. However, when the motor causes a large voltage spike, the breakdown voltage of the diode will be exceeded. The diode will let current through until this peak is gone. Because of this, this high voltage will not pass through the other components, so the circuit is protected by the diode.

Despite the breakdown voltage and the leakage current, a diode, like any component, also have absolute maximums. These indicate the limits below which we have to remain confident that the diode will continue to work. These include, for example, the maximum temperature and the maximum voltage the component can have.